skip to main | skip to sidebar

The last few months, I've been losing sleep over my son Mitch. Between dragging his feet on finding an apartment for his senior year at UT, and completing all the forms and applications needed for study abroad, he just didn't seem to be too concerned about looming deadlines. He's been home for the last 2 weeks -- the longest stretch since starting college -- and every day I've been ready to strangle him. He stays up too late. He sleeps in too late. He eats too much. He got (another) speeding ticket. He beats up his brother. He won't "practice" packing. He won't make lists of the toiletries or anything we need to buy before the trip. In other words, he won't agonize and plan and make lists for this adventure the way I would.

Yesterday, he flew away for 6 weeks in France. 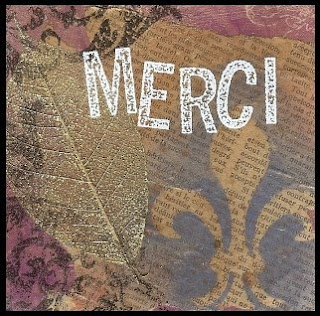 Now that I've confirmed that he made it to the hotel, with his luggage, I can relax (a little.) If he forgot something, it will be up to him to buy it there, or learn to live without it. His budget is definitely more beer level than champagne, so he will have to choose wisely at restaurants. And, after 6 weeks, he will have to make his way from Grenoble back to Paris to catch a 12:55 flight home. Other than that, he just needs to study enough to complete his foreign language requirement -- and experience all that 6 weeks in France can offer a 21-year old!

Once he's home, the laundry is done, and he's shared all the info he cares to, it will be time to start thinking about the rest of his life -- or not. Some of us wake up each morning and handle things as they come along, while others of us plan, make lists, worry -- and then change the plan to handle things as they come along. One approach isn't any better than the other -- its just a matter of individuality.

So, thanks to la famile Brage (good luck on feeding him!), the people of France, and Mitch's own wits and devices, I can resume sleeping well for a few weeks. Or not....
Posted by Susan at 9:24 AM 1 comment: